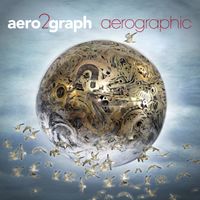 Dance Of The Dead - aero2graph

"aero2graph" is a pseudonym of electronic music composer, producer & sound designer Mario Rosanda (b.1966, Croatia, Pula) who started creating his music in 2000. His interest in music are focused on the electronic, ambient, synth-pop and new-age genres.

His experiments in electro-acoustic music yielded the 2003 album"FREQUENCY" and a year later album "ATMOSPHERIC". By the time Rosanda released in 2014 his third album "Aero GRAPHIC".